When the Socialist Republic of Yugoslavia began to break apart in the early 1990s, the Serbian regime launched a campaign to prevent Kosovo Albanians from participating in public life.

Albanian employees were expelled from the public service, media outlets were silenced, schools closed their doors to Albanians and universities were shut down. Even hospitals refused access to Albanians. In response, a parallel public service was established in private housing.

Kosovar researchers are working towards a museum that will tell the story of this parallel system. As one of the few remaining family homes to have served as a school, many would like the Hertica House – in ruins since its destruction by Serbian troops in 1999 – to serve as the site for this museum.

Presenting ten oral history interviews with people who were part of the system, among them former students, teachers, doctors and politicians, the video installation School without School helps prepare the way for the coming museum. 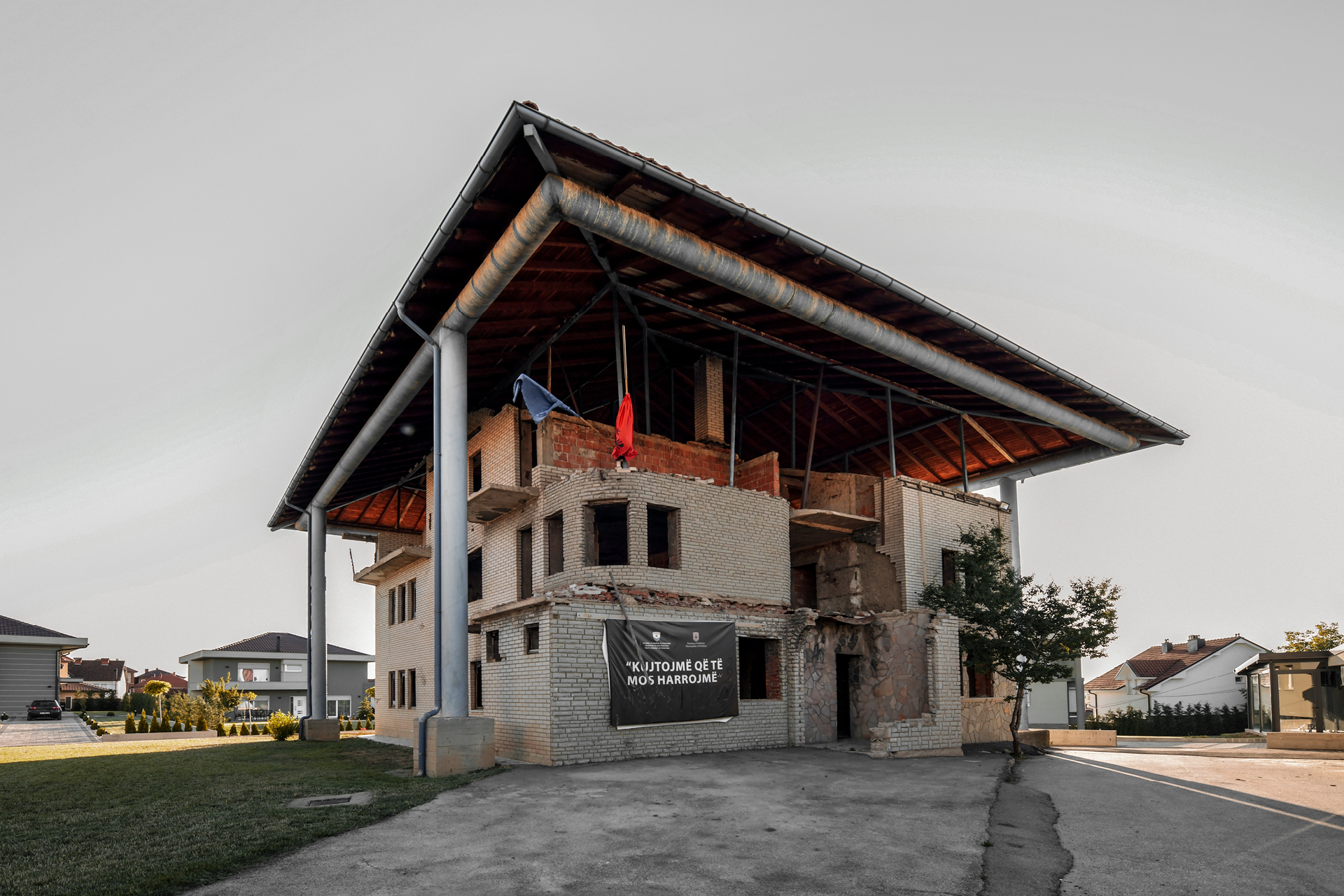 Open Tours: Meet me at the Hertica School House