Poetry Night with Ervina Halili and Astrit Stafai on the Oud

It’s our pleasure to invite you to the poetry night with Ervina Halili alongside the Ud Instrument with Astrit Stafai.

Having treasured memories of the time Ervina Halili spent at the Hivzi Sylejmani library, the poetry night will begin with poems the author wrote as part of The Club of Young Writers who created the Literary Club OAZA in the Hivzi Sylejmani Library.  This return of where Ervina spent her adolescence, will be followed by a selection of her body of work of her other poems and books.

Bio for the author:

Ervina Halili (b. 1986) is a surrealist poet from Kosovo. A child of the Yugoslav Wars of the 1990s, she wrote her first poem, “Crowd 97,” at age eleven amid political upheaval and mass protests in which students and professors called for the restoration of Albanian-language education under an increasingly repressive regime. Her third book Amuletë (Amulet, 2015)—following Vinidra (2004) and Trëndafili i heshtjes (Rose of Silence, 2008)—was awarded the country’s prestigious Ali Podrimja Literary Prize for best work of poetry in 2015.

Ervina is the founder of a virtual archive/museum that features journalists’ contributions to the influential Kosovo Albanian newspaper Rilindja (1945-1991). She has been a writer-in-residence at several institutions across Europe, most recently at Landi&Gyr, Switzerland, and Q21/MuseumsQuartier in Vienna.

Her book, Gjumi i Oktapodit (Octopus’ Slumber, 2016), was translated into German in a bilingual edition and her most recent book “Not my eyes” was published in 2022 in Tirana.

Movement Workshop by Uresa Ahmeti/ In body there is power

In collaboration with Anibar – Film Screening: Nudging the ground! 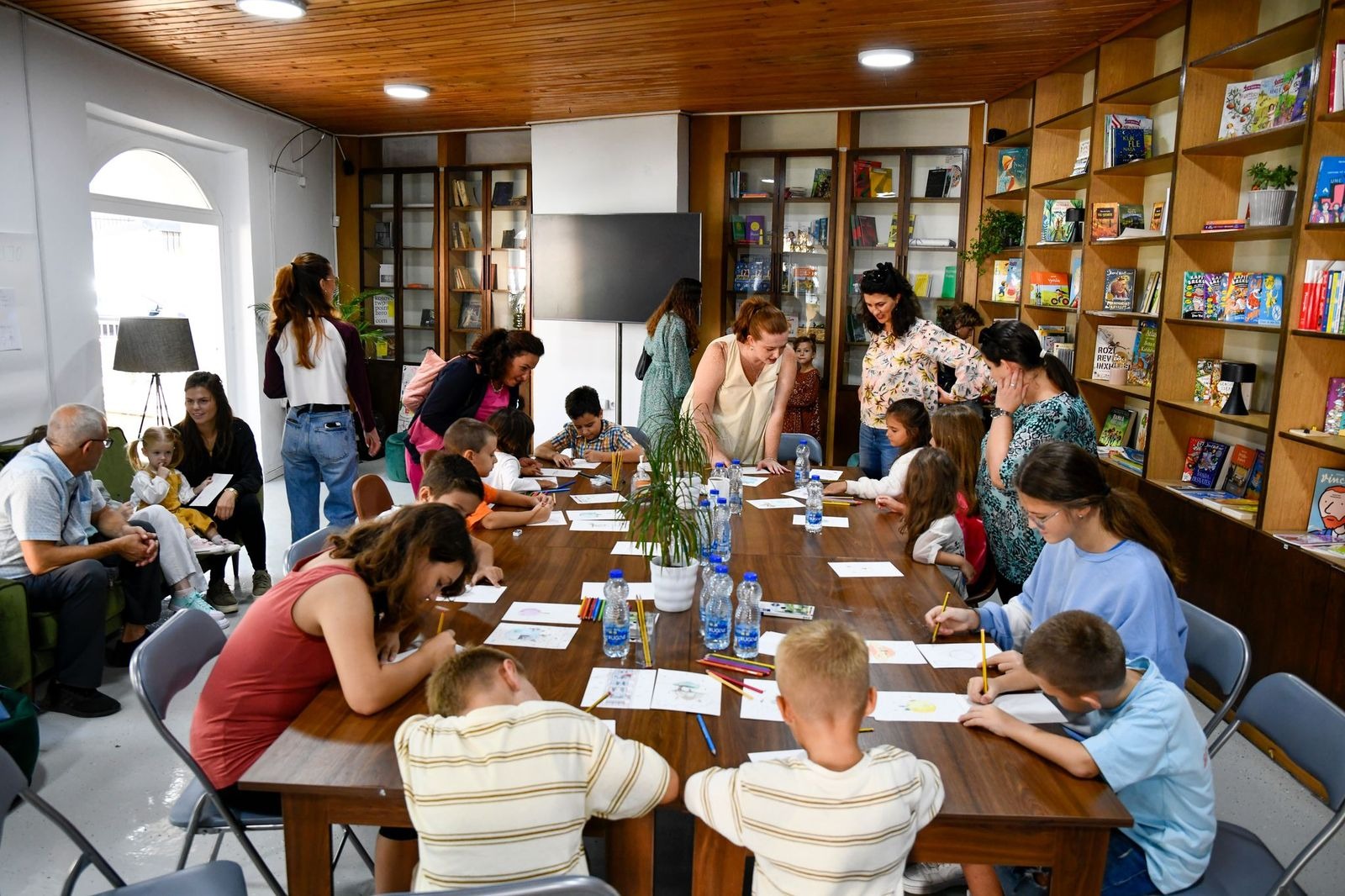